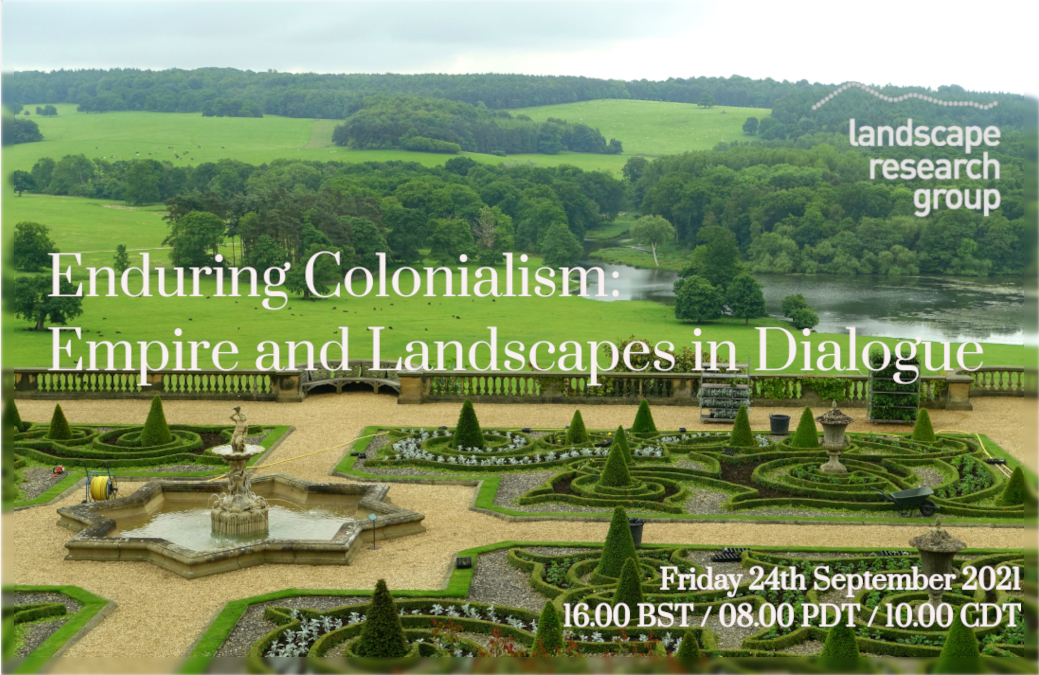 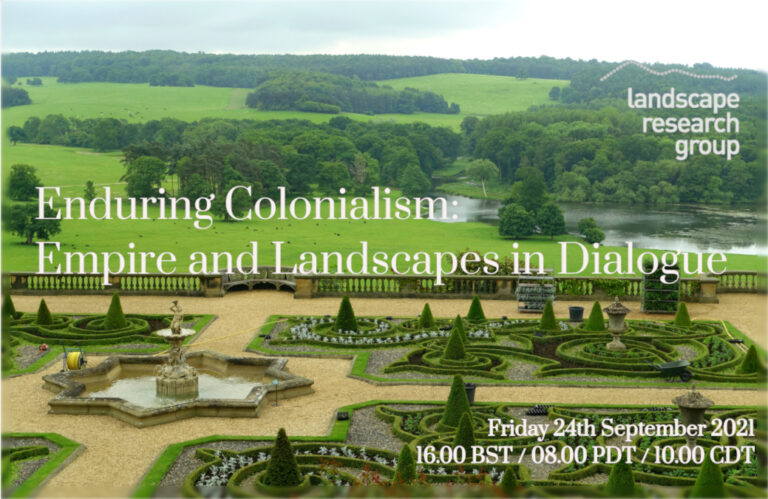 Landscape Research Group is delighted to be able to announce the date for this hugely exciting and important online event exploring the long-lasting physical and cultural impacts of empire on the landscape.

We have invited three renowned academics and authors who have written extensively about colonisation’s effects on the landscape in different parts of the world from varying perspectives.  They will be discussing and comparing how landscapes and buildings express empires’ power relationships and their enduring legacy, from conquest and dispossession, both in the colonies and metropole.

Professor Jill H Casid, a historian, theorist and practicing artist based at the University of Wisconsin-Madison.  Her contributions to the transdisciplinary field of visual studies include Sowing Empire: Landscape and Colonization (Minnesota, 2005) and Scenes of Projection: Recasting the Enlightenment Subject (Minnesota, 2015).

Professor of English and Comparative Literature at UCLA, Saree Makdisi is the author of Romantic Imperialism (Cambridge University Press, 1998), Palestine Inside Out: An Everyday Occupation (WW Norton, 2008) and Making England Western: Occidentalism, Race and Imperial Culture (University of Chicago Press, 2014).

Professor Jane Ohlmeyer is Erasmus Smith’s Professor of Modern History (1762) at Trinity College Dublin.  She is the author of Making Ireland English (Yale University Press, 2012) and is currently working on a book about Ireland, empire and the early modern world, the research of which is the basis of her Ford Lectures at the University of Oxford in 2021.

This event is free, but we do ask you to register your attendance in advance.

LRG is a member-run organisation, so please do support and join us in promoting education and research into all aspects of landscape.  Alternatively you could consider donating a one-off recommended amount of £10 or pay what you can.

We ran our first event in 1967 and have since run over 130 events in 12 countries and over 55 cities, towns or villages.

The events are important spaces to bring people together from a range of fields, to encourage exchange between research and practice. We run debates, seminars, and field trips, as well as showcase events to share our funded projects.

We run a number of events every year which are discounted or free to members. Sign up to our newsletter to be notified of our next events.